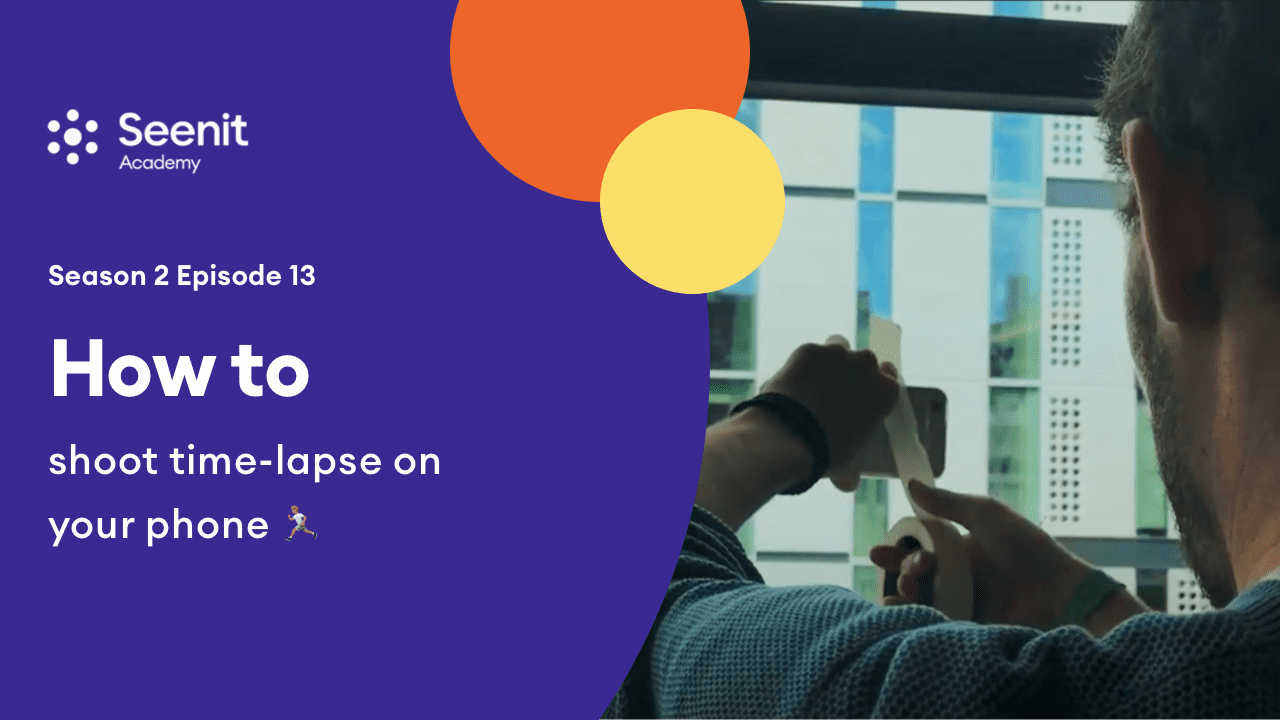 Time-lapse photography is a film technique where the frequency that the images are being captured, or the frame rate, is much lower than the speed that it will be watched. Think of it as the opposite of slow motion.

Where slow motion video slows down time so that you can see fast-moving events more clearly, time lapse photography speeds time up so that things that normally take minutes or hours can be played back over just a few seconds.

If you remember from our last blog, our slow motion example was shot at 60fps and played back at 30fps. With time lapse, you’re shooting at 1 or 2fps, so when it’s played at 30fps it appears extremely sped up.

Anything that moves or changes slowly makes a good time-lapse subject. For example, the movement of the sun or sky, flowers opening and closing.

Anything with lots of movement is also great to capture using time-lapse. Think highways, a busy square or street corner, you want to really highlight the contrast between the movement and the stillness of the background.

Most phone’s have a camera with a time-lapse setting. But if your device doesn’t have this capability, there are lots of great apps out there that can help you with this. A few we like are Hyperlapse, Lapse It, and if you have Filmic Pro they’ve got a time-lapse setting.

Now when it comes to shooting, the key to a successful time-lapse video is to have stability and smoothness.

You want your camera to be stable or else your video will be jittery and unwatchable. So either use a tripod, or stick your phone to a wall or other surface.

If you can, lock down your settings to avoid any auto correction, or else your camera might try to adjust between frames which could result in a weird flicker effect.

If you want to capture a person moving you will get the best results if they move slower than normal.

If your subject does anything quickly the movement may only be captured in one or two frames of action. However, you can get some funny Charlie Chaplin-style results if you record someone walking towards you.

One last thing to keep in mind - recording time-lapse can drain your battery fast. So consider capturing near a plug and keep a charger on hand or else keep a portable power bank for some extra juice.